He was jolted by 7200 volts of electricity at the Holland substation after a snow storm. He had given his safety gloves to someone else because he didn’t think he’d have to climb. They needed him so he stepped up and when he did, he slipped on the ice. As he was falling, he ever so slightly brushed the hot wire with his left middle finger.

That was all it took. The 72 hundred volts of electricity traveled through his body… miraculously in between heart beats… searching for the nearest exit. Had it traveled when his heart was beating, his heart would have exploded.

That vicious current exited his body blowing out his right forearm, his right fingers, his right leg close to his knee, and the arch of his right foot causing devastating destruction.

He had a bizarre thought as he fell – “I forgot to shave.” It was the morning of New Year’s Eve 1974, and he had planned to take his lovely wife out for dinner that evening.  Always thinking of others first.

He perished when he hit the ground. Dan, his friend and coworker, frantically worked strenuously, keeping him alive as he went in and out of consciousness. He was flown by medical airplane to the St. Paul Ramsey Hospital Burn Center where he endured violent excruciating pain as the medical team tweezed away at the burned skin where the electricity had charred his body.

They meticulously plucked and pulled piece by piece of that black scorched skin until they reached the flesh that had life. This procedure was performed behind sound proof doors so the screams couldn’t be heard by others.

He went through many painful skin grating surgeries. They needed healthy skin to replace what had been burned away.

He coded while on the operating table during one of those skin grafting operations. Doctors frantically worked hard to bring him back. He was revived! The surgeons never again used that anesthesia on him.

After three torturous months in the burn unit, he was discharged and allowed to go home. The healing process required just as much resilience and fight as what was needed while in the hospital.

The doctors wanted to sew his hand into his belly to help his burned off, skin grafted fingers heal. He said no and promised to soak those stubs several times a day in peroxide. He also promised to make sure his stubbed fingers would not grow together. So he gently pulled them apart several times a day regardless of the agony it caused. All this while tending to his skin grafted right forearm, leg, and foot.

Before he was discharged, those doctors body slammed him with devastating news…they told him that he’d be lucky to live five more years because of all the unknown effects of that electrocution. They told him he would have very little use of that right arm once it was healed.

He displayed the true grit of a survivor. He lived for 40 more years beyond that tragic accident, and he had 85% use of that arm. He proved those doctors wrong!

He was courageous and brave and strong and tenacious and determined and tough. Most importantly, he was so very loving and kind and generous and patient and honorable and a true gentleman.

So when I start to have a pity party because I think life is tough and unfair, I just think of my dad and say a silent prayer of thanks. 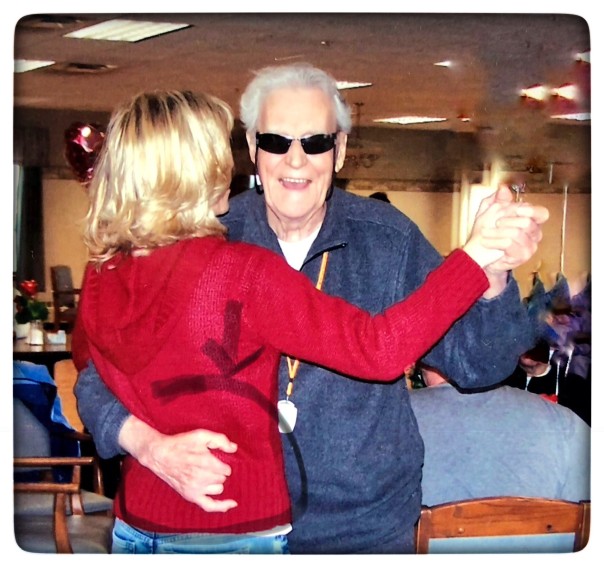 “Wendy is nothing but a failed administrator.”

OUCH!! Those were some abusive, harsh, nasty words. Sometimes people say hurtful things when they aren’t happy with current personal circumstances. If an unpleasant situation is going down, then sometimes we come out swinging and punch back in a revengeful way with painful words.

That’s why those cruel words were said about me. I had to make a difficult decision concerning the future career of someone, and that decision was not well received. Understandable.

I had two choices…let those abrasive words make me angry allowing bitterness to suffocate my heart like weeds that strangle, crush, and destroy everything in their presence; OR, I could fill up my heart with love, kindness, empathy, and forgiveness. Then move on.

God’s opinion of me is all that matters to me so I chose love, kindness, empathy, and forgiveness.

I encourage you to do the same because at one point in time we have all been insulted by another person’s painful, cruel, venomous, spiteful words. I understand how degrading it can be.

Forgive!! Forgiveness doesn’t mean that what they said is okay. It means you are free of the offense and won’t have to use any poisonous pesticides to rid the weeds of bitterness that could possibly take root in your heart.

“Pick a lane and stay in it!” Those were my husband’s words to me last night right before heading to bed. No, I wasn’t driving. But I was swerving all over the place with my thoughts (I’m the spaghetti brain, he is the waffle brain. Read the book to find out what I mean 🙂 ).

Last year I started Weight Watchers® just to lose a few pounds so I could get back into my clothes that were too tight. I had great success with it. Yay me!! #humblebrag

Recently, I read the inspirational book written by Dr. Dale Bredesen called The End of Alzheimer’s: The First Program to Prevent and Reverse Cognitive Decline. It is a dynamic book that I highly recommend you all read. Because my dad had Alzheimer’s and my mom had Dementia, I have a 50% greater chance of having the Alzheimer’s marker. This book gives me humongous hope.

In the book, Dr. Bredesen teaches us his protocol to help prevent and reverse Alzheimer’s. It’s all about nutrition, friends!! He strongly recommends to follow the KETO/FLEX 12/3 wellness plan. KETO is the Keto diet which is all-a-craze right now…high fat and low carbs. The FLEX is Flexitarian…similar to vegetarian with more flexibility to eat meat, mostly fish and poultry. The 12 is intermittent fasting for 12 hours at least, but he suggests trying for up to 16 hours between your last meal in the evening to your first meal the next day. Lastly, the 3 means nothing to eat three hours prior to going to bed. 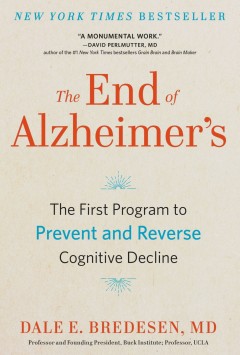 Last night when I said “SHOOT” out loud, my husband asked what was up. When I explained to him that a food was okay on Weight Watchers but not so good for the Keto plan, that is when he smiled at me and passionately said (with added gestures, mind you), “Pick a lane and stay in it!”

Okay. Yes, dear. Great advice and compliance, dear hubby. I’ll be sticking with Weight Watchers for now. (I like fruit too much and fruit has high carbs). So a BIG thank you to my man for giving me the nudge to pick my lane. (But, please read Dr. Bredesen’s book! It’s really, really good!!!).

On a side note…Happy October. It’s my favorite color. It’s also a time to think about the upcoming holidays and all those delicious meals that can sabotage our well-being if we aren’t careful.  Rachel Hollis, author of Girl, Wash Your Face, has created the #Last90Days challenge that just started today. Rachel is using these last three months of the year to get healthier.

Yup…I’m joining in on the fun with that one too. It allows me to stay in my Weight Watchers lane without swerving and causing an accident. Even if all I do is obey Rachel’s “5 to Thrive” list, I’ll be good to go. I’ve put Rachel’s 5 to Thrive list as my phone wallpaper so I am reminded of them daily! Check it out for yourself and join the #Last90Days challenge with me (click on that link).

Never hurts to want to be a healthier me (or you). I’ll soon celebrate my birthday which will also be my last year of my 50’s. 😮 I want to be a spunky 85 year old woman, so a girl’s got to do what a girl’s got to do. 🙂 We girls need to look out for each other, right? Let’s try our hardest to stay healthy, friends. Blessings to you always…