This is my fight song
Take back my life song
Prove I’m alright song…
And I don’t really care if nobody else believes because I’ve still got lot of fight left in me.

Hard work and determination can take you places – a lot of places on your winding path. I have spent the past few weeks watching my boys work hard at practice and play all over the countryside…and even yard work in the backyard. I get tired just watching them, but I never tire of watching them. They go all out – whether in an AAU game on the court or in the backyard on the court or pulling weeds for their crazy mother (aka – me).

It amazes me how deep all three of my sons can dig. From running and strength training (Jackson) to breaking boards to pass his second poom junior black belt test (Jonah) to pulling out his own tooth because his dad said that he couldn’t do it (JR) – my boys’ determination surprises me and impresses me. 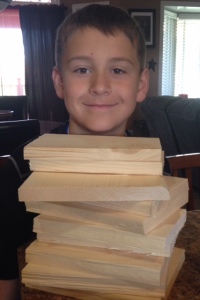 One example to share about my oldest … He has discovered intrinsic motivation this year at the age of 13. He has grown up to the point of becoming my cheerleader. We used to run together last summer, and he pretty much loathed it. Something happened. This summer when we run together, or rather, start our run together, he speeds off into the sunset and then runs in place while he cheers me on to catch up. He then proceeds to “fist-bump” me and say something to the effect of “Nice work, Mom. Keep it up. I knew you could do it.”

What has happened here?  He decided to fight to be better than he was and change his mindset. He decided to put in the hard work and dedication to get better for him, not me or anyone else. I keep thinking to myself, “where did this new found drive come from?” He just made a decision to get better and work through his discomfort. One of the reasons I think he works so hard is watching his cousin, Carter, fight. He is fighting against Ewing Sarcoma. This life-altering fight has caused many of us to press pause and then push forward and fight harder. If Carter can do what he is doing with a positive outlook, we can do so much more than we did before. 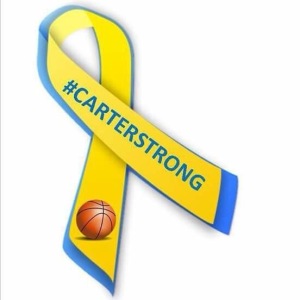 Sometimes life’s challenges can make us reflect on our lives and work harder to be better than yesterday. We just need a little motivation to get us past the initial discomfort and fight harder.

We need to motivate ourselves and each other. It is time to re-energize. To be able to do that again or to do it better or to try something new… It seems the opportune time to do so –summer, a break, a vacation – the perfect time to repurpose, reenergize, renew, and fight.

Work hard. Play hard. Fight. Repeat. Switch up the order as needed. This post has gone a little off its original course, but the moral of the story is to fight.