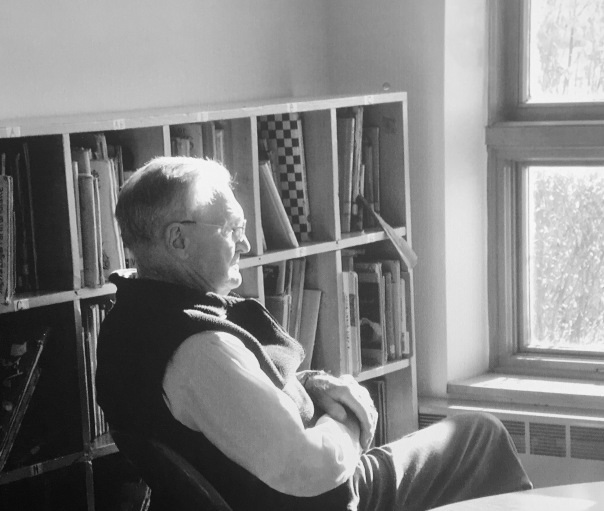 My husband’s Grandpa DeVries was ALMOST a centurion when he passed away. So close…but only a young 99. Good genes, wouldn’t you say? He lived a good life. He shared a little wisdom with his grands along the way too. Want to know what I believe are a few of his secrets to longevity? Read on…

He was a Godly man who believed that Jesus is our Lord and Savior. He quoted John 3:16 quite often in conversation. One of his favorite verses was Provers 3:5-6 which reads “trust in the Lord with all your heart and lean not on your own understanding; but acknowledge Him in all your ways and He will make your paths straight.”

My hubby’s grandpa was a hard-working farmer, which we all know is an occupation that can have dangers attached to it. One trial that Grandpa DeVries had encountered in his early 50’s was a farming accident that caused him to break his neck.

He was moving a cattle feed bunk with a loader. As he was backing up, the bunk was being lifted at the same time. Grandpa DeVries didn’t realize how high the arms on the loader were getting. They were too high. It caused the bunk to slide back down the arms and hit him. He laid in traction for several weeks along with having to wear a halo for several more.

During that time he learned to be still. He would watch out the window for hours at a time and be meticulously observant. A habit he took with him the rest of his years on Earth. Grandpa DeVries told the story of watching a horse for over an hour. By being still and watching that horse closely, he found that the horse would lift one leg at a time to rest it, and every 15 minutes would change to a different leg. Fascinating.

During his younger years and during his retirement, Grandpa DeVries enjoyed traveling the United States. He often visited family wherever they might be settled.  From California to Texas to Michigan and Connecticut, he enjoyed driving, then later in years, flying around the country. Grandpa DeVries was known for frequently saying “plan like you are going to live forever, and live like you are going to die tomorrow.” No, he isn’t the author of that quote, but he role-modeled it to perfection.

My mother-in-law shared with me that Grandpa DeVries would often say “got to keep moving and thinking.” He was a gentleman who just “kept on trucking” as the saying goes. He certainly wasn’t afraid of a good walk. I remember one trip that we all took to Texas to visit family. While we were there, we toured where Kennedy had been assassinated. Grandpa DeVries walked the whole thing with us.  I remember many of us younger ones were more worn out than he was. On a side note: he went para sailing for the first time…when he was 89. He initially wanted to try bungee jumping, but he found it was too expensive so he chose para sailing instead. I know…astonishing.

Speaking of ‘got to keep thinking,’ if you ever needed to borrow a pen, you could always rely on Grandpa DeVries to have one in his shirt pocket. He believed in keeping the mind as sharp as a tack. He was faithful about attending his grandchildren’s and great-grandchildren’s sporting events. Out came that pen so he could jot down the event’s score on a piece of paper, and then add up the numbers to make sure those score keepers were doing it right. He was always figuring. Doing a little math. Thinking. Keeping his mind active. When he passed away, he was buried with a pen in his pocket.

If there was a family gathering, it was guaranteed that Grandpa DeVries would be there. He had the gift of showing up. Family knew he would be there so we all recognized we had better be there too. He was the glue that held the family together.

If Grandpa DeVries was all of sudden missing in action during those family gatherings, family members understood that he had quietly returned to his room to lie down and take a nap. No announcement made, just gone. He was wise enough to discern when it was time to rest.

When the day was done, and dinner was finished and the dishes were cleaned up, Grandpa DeVries liked to sit down, relax and enjoy 2 – 3 ounces of Mogen David red wine. That’s it. No overindulging. Just 2 – 3 ounces of red wine; which research shows is good for you.

There you have it, a few of Grandpa DeVries’ secrets to living longer. Now I have a challenge for you. Be still and closely observe the picture above. Do you see anything out of the ordinary? Look closely at the bare trees in the window. The surprise is in the branches. When I first noticed it, it took my breath away. But then again, it didn’t surprise me because of the Godly man Grandpa DeVries was. Hope you see it…

For those of you who like lists (Dr. V.) :-), below are Grandpa DeVries’ 10 secrets to longevity. Stay calm and live long, everyone…

*Be a Godly Person 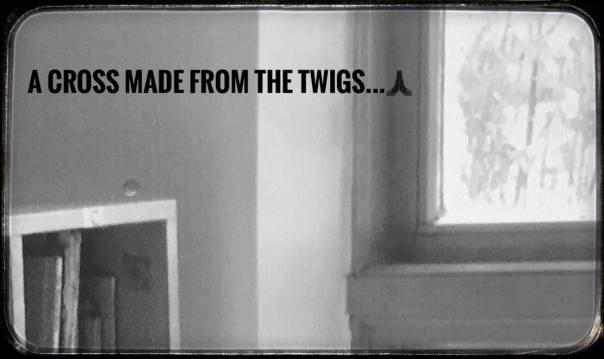 2 thoughts on “10 Secrets to Longevity”